The Party Wall etc Act 1996 provides a framework for preventing and resolving disputes in relation to party walls, boundry walls and excavations near neighbouring buildings.

A building owner proposing to start work covered by the Act must give adjoining owners notice of their intentions in the way set down in the Act.

What is a party wall?

The main types of party walls are:

The Act also uses the expression ‘party structure’. This could be a wall or floor partition or other structure separating buildings or parts of buildings in different ownership, such as in flats.

What the Act covers 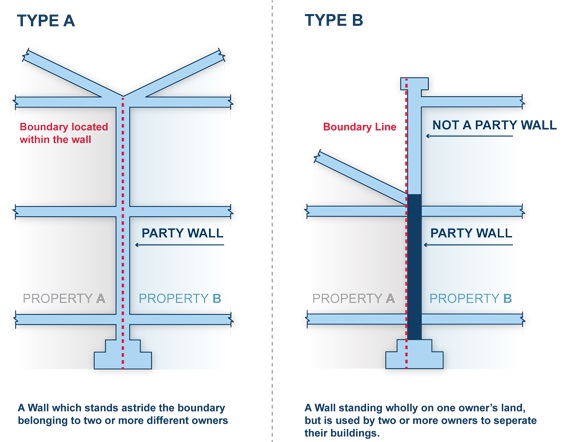 Find out more at https://www.gov.uk/government/uploads/system/uploads/attachment_data/file/393927/Party_Wall_etc__Act_1996_-_Explanatory_Booklet.pdf